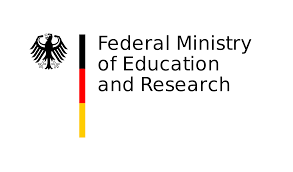 The goal of this research group is to understand the relationship between the chemical, electrical, and structural properties for a series of interface-dominated solar cells (multicrystalline Si and thin-film solar cells). This is achieved by performing correlative studies on specific regions using joint electron backscatter diffraction/transmission electron microsocpe, electron beam-induced current/cathodoluminescence, and atom probe tomography.

This group is supported essentially by the “Federal Ministry of Education and Research” (Bundesministerium für Bildung und Forschung, BMBF). The mission of this group is to optimize the solar cells efficiency based on the 3D chemical analysis at the atomic-scale.
This research group is focused on multicrystalline silicon (m-Si) solar cell, and Cu2ZnSnSe4 (CZTS) and Cu(In,Ga)Se2 (CIGS) thin-film solar cells, which are already commercially available because of their relatively high efficiency compared with their counterparts. To further establish the bulk and thin-film technologies, both the reduction of the production costs and the enhancement of solar cell efficiency are essential.
The atomic redistribution of the impurities at the internal interfaces (grain boundaries and p-n junction) may affect the efficiency of a solar cell. For example, the figure below illustrates that the efficiency of a CIGS solar cell had been improved with almost 50% only by adding a very few amount of Na atoms (~ 0.1 at.%) inside the absorber layer. Furthermore, Fig.1 indicates that this increase in the efficiency can be directly correlated with the Na segregation at the CIGS grain-boundaries. 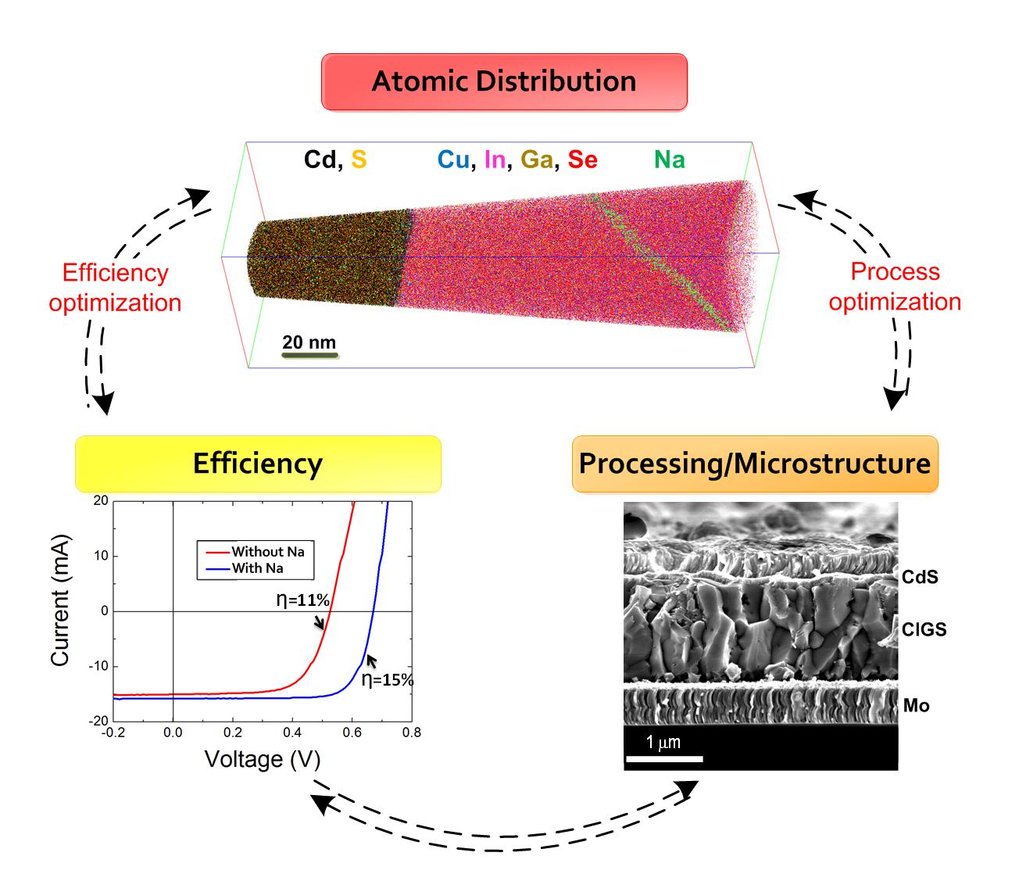 In conclusion, the goal of this research group is to understand the relationship between the microstructure, efficiency and atomic redistribution for a series of interface-dominated solar cells.

Since more than four years, we work on different thin-film solar cells using a very new and powerful technique called atom probe tomography (APT), a technique which is expected to have a great contribution to solar cells development. The aim is to characterize the redistribution of the elements and impurities within the internal interfaces and planar defects and to correlate these chemical properties with the electrical and structural ones. This work is in close collaboration with famous research institutes in solar technology such as Zentrum für Sonnenenergie – und Wasserstoff Forschung Baden-Württemberg (ZSW-Stuttgart) and Helmholz Zentrum Berlin (HZB), Luxembourg University, Lyon University, Cottbus University, MPI Halle, etc.