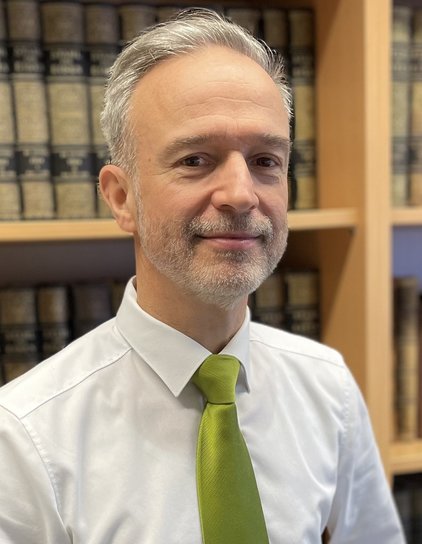 Dierk Raabe works in the fields of materials simulation, atom probe tomography, microstructures and the resulting mechanical properties of metallic alloys. He wrote and edited several books on this topic, e.g. ‘Computational Materials Science’ (1998), Continuum Scale Simulation of Engineering Materials’ (2005), and ‘Crystal Plasticity FEM in Materials Science and Engineering’ (2010) as well as more than 600 peer reviewed publications. Raabe conducts detailed comparisons between simulation and experiments. He is currently working on issues such as local thermodynamic phase states at confined spaces such as at lattice defects, alloy design, high-entropy alloys, atom probe tomography and the further development of the in-house simulation toolbox DAMASK on crystal mechanics, multiphysics and property prediction of complex materials. A special feature of the research approach is the combination of thermomechanical material processing, simulation and characterization at the atomic level. The common vision of these activities is the use of predictive simulations and their consequent engineering application for inventing advanced alloys. The aim is the physically-based design of materials with superior properties (strength, elongation, damage tolerance) for the fields of energy, mobility and health from the atomic to the macro-scale under consideration of synthesis and processing. The blend of theory, characterization, and processing is important in his approach. Raabe is a frequent plenary and keynote speaker. In 2004 he received the highest German research award (Leibniz-Award). 2008 he was awarded Lee Hsun Lecture Award of the Chinese Academy of Sciences and in 2011 the Weinberg Lecture Award of the University of British Columbia. In 2012 he received an ERC advanced grant, which is the largest single-researcher grant in Europe. Raabe mentored more than 55 Ph.D.s, many of whom now hold leading positions in companies and academia as faculty members in the US, UK, and Asia. Since 2010 he is a member of the German Council of Science and Humanities (Wissenschaftsrat). He is Professor at RWTH Aachen, member of the National Academy Leopoldina and Honorary Professor at the Katholieke Universiteit in Leuven in Belgien.