11: New challenges - the structural refurbishment and content-related reorientation of the Max-Planck-Institut für Eisenforschung at the turn of the millennium

„The past year has brought forth decisions which will be significant for the future of the institute. In the course of appointment processes in the fields of both surface and forming technologies it has become apparent, that the institute will only be able to appoint outstanding new scientists if the infrastructure of the existing buildings which are 63, 40 and 34 years old is modernised fundamentally.“[1] 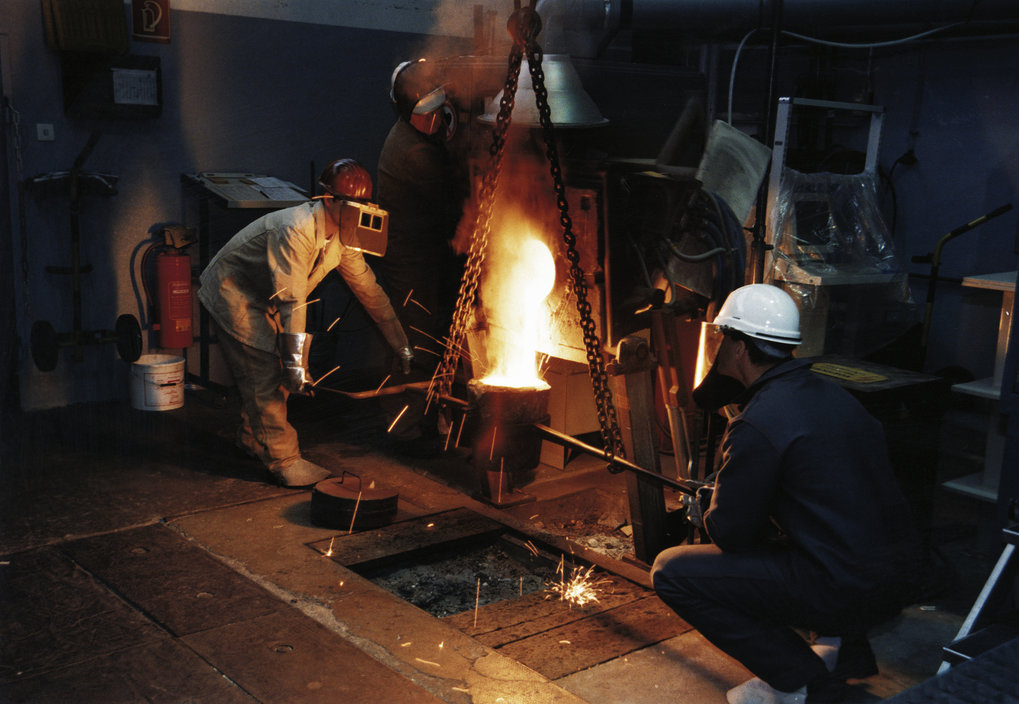 These were the words used by the Max-Planck-Institut für Eisenforschung (MPIE) when it summed up its situation just before the turn of the millennium. Following a period of under-investment as a result of the steel crisis and of a considerable decrease in the number of its employees, the MPIE, in its report for 1998, was able to report a turning point in this development which had taken place over the previous fifteen years.

Around the end of the 1990s the institute found itself in a difficult situation because of years of massive cuts in budget resulting from the steel crisis. Although the Science Council, in an opinion on extramural materials science dating from 1996, attested the MPIE outstanding work, it remarked at the same time that key topics of modern steel research were not addressed and that, in addition, there was insufficient visibility of a thematical basic concept. The Science Council emphasised that an increase in scientific positions was urgently required. It also stated that investments were required to bring the partly outdated equipment of the institute up to the state of the art.[2]

The institute's partners were now faced with the decision to either close the institute completely or to make large-scale investments into a radical refurbishment. In this decisive situation, both the steel industry and the Max-Planck-Gesellschaft (MPG) clearly professed their commitment to the institute and to its relevance.[3] After a detailed stocktaking, both the Verein Deutscher Eisenhüttenleute (VDEh) and the MPG decided to provide considerable funds for a refurbishment of the institute.[4] The anticipated total costs of approximately 20 million euros were to be borne in equal parts by the VDEh and the MPG. The plans envisaged not only a refurbishment of all institute buildings but also the furnishing of the laboratories with the most up-to-date technologies.[5]

In 1999 the first stage of refurbishment began with work on the main building which had already been placed under a preservation order in 1994.[6] A major part of the institute had to relocate to container buildings with nearly all experimental equipment finding accommodation in the workshop areas. This enabled the institute to continue working, albeit with certain limitations.[7] The refurbished main building was opened with a celebration on 6th February 2002. Work on the remaining buildings was carried out during the second and third stages of refurbishment and continued until May, 2008.[8] 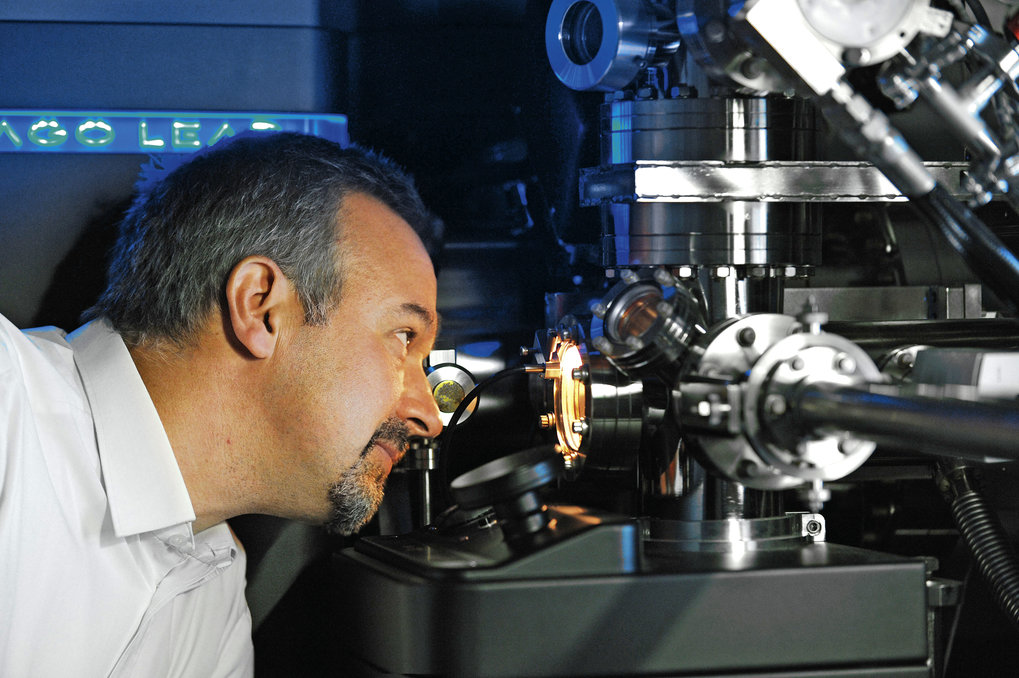 Besides the refurbishment there was also an institutional restructuring at the top level of the institute. Since 2002, all scientific members and the MPIE’s head of administration form the common management with one chairman and one deputy. The chairmanship alternates among the scientific members after a rotation of several years. The first chairman after this restructuring was Martin Stratmann, head of the department of Interface Chemistry and Surface Engineering who took on the post in 2002.[9] In addition, Stratmann, “used to building bridges between knowledge-oriented and demand-oriented research“, was appointed President of the MPG in June, 2014 which has been an honour for the whole institute to this day.[10] Stratmann had already gained comprehensive experience in research policy before that, as chairman of the physico-chemical-technical section between 2006 and 2008 and as vice president of the MPG from 2008 onwards.

In parallel with the refurbishment work and the restructuring of the management, work at the institute changed fundamentally once again. Research at the MPIE had to be realigned with an increased focus on interdisciplinary and international work to enable it to keep up with the realities of modern scientific activity. In addition to the highly specialised departments and their research groups, certain research fields were increasingly emerging, such as the development of structural and functional materials or the analysis and enhancement of the stability of surfaces and interfaces. These were subject to strong competition within research and therefore of special interest to the institute. With its interdisciplinary orientation, the MPIE sought to achieve a more efficient utilisation of its facilities as well as a clearer definition of its consistent research profile.[11]

At that time the MPIE was subdivided into the following five departments: Interface Chemistry and Surface Engineering, Materials Diagnostics and Steels Technology, Microstructure Physics and Metal Forming, Computational Materials Design, and Materials Technology.[12]

In the final analysis, both the structural and the organisational measures saved the MPIE. The work which had begun in 1998 and had subsequently continued stopped the downward trend which had started with the steel crisis. In parallel with the refurbishment and restructuring measures there was again a significant increase in the number of employees at the MPIE. In 1998, only 107 employees had worked at the institute, while this figure rose to 172 in 2002 and to as many as 270 in 2008.[13]

What happened so far...
Read how the story continues...